A downloadable game for Windows, macOS, and Linux

Sundered is a chaotic hand­-drawn metroidvania where you resist or embrace ancient eldritch powers. Confront hordes of terrifying enemies in an ever-changing world inspired by the works of H.P. Lovecraft. Sundered is a challenging and unique take on a classic genre from the creators of Jotun, now with local co-op!

You play Eshe, a wanderer in a ruined world, trapped in ever-­changing caverns filled with hordes of terrifying enemies. Harness the power of corrupted relics to defeat gigantic bosses, at the cost of your humanity. Resist or embrace.

In order to download this game you must purchase it at or above the minimum price of $19.99 USD. You will get access to the following files:

This was such a blast to play!

Most abilities feel great : each one is very useful in its way during combat and easy to pull out, and even though I never seen this keyboard layout, it was actually great! The gravity boots were rarely useful, but it's not like the player didn't already have enough tools at this point.

The game design and style hit me really hard. The rng rooms really feel natural, and the non-rng ones are absolutely beautiful. Especially the last world, I don't know what devs smoked to end up with something so incredible.

All enemies' patterns (I maintain, 100% of them) are really clear, and it rarely took me more than a minute to figure them out. The hardest to understand was the cathedral final boss, but that was because the big crystal wasn't in my field of view when I stun one of the bosses the couple first tries.

It feels like the player is better to do a first run to see where the points of interest are. My first one was really chaotic, and I often found myself skipping areas and bosses only to get back there overpowered.
Although, corrupting the air dash was very strong. This thing really overshadowed the grappling hook and gravity boots, allowing me to fly everywhere with 6-8 energy, so I recommend keeping normal air dash to appreciate the game.

Even though it was definitely my biggest surprise in 2022, I avoided it a few times while scrolling in my Ukraine bundle because to be honest, I was so used to games being unbalanced that when I saw the trailer, I thought it was another one where the player is getting thrown tons of enemies at without much balance.

I think that's a game one must play in order to see how fun it is, and would recommend it to anyone who's into metroidvanias.

Definitely a sick job in that game, thanks so much for putting that in Ukraine Bundle!

Got it in Ukrain bundle and just tried yesterday... and heck, I was far from expecting the fun it'd provide me.

I wonder why it didn't seem that popular (considering Hollow Knight and Dead Cells)... maybe people already saw too many dark-themed metroidvanias?

Though, even with each run bringing more than enough RNG (in a very nice way, that is), the non-random bosses, worlds, core abilities and story reminds me too much that I'm still playing on the "same" map as each previous run.
Though, it's still a very good game if I put that aside and just focus on remembering what I learnt before to progress easier through the map. The harder modes should also definitely bring me some more fun.
One of the best aspect tho : Even though the game is pretty detailed, it runs flawlessly on integrated graphics.

Also, if walljumping precisely, one can actually climb a wall, which allows to pass some rooms that would require double jump, without even unlocking that ability.

This Shining Trapezohedron person seems friendly, I trust them.

I really enjoyed this gorgeous game, with great gameplay and many different path possibilities. Probably a must-play for metroidvania fans!

Had this game for ages sitting around, sicne I bought it in some "bundle for *current local crisis*" bundle.

Finally decided to play it, really good game, played thorugh it in the last 5 or so days.
Only final boss left.
went for a 100% corrupted run since those abilities are super useful! :-)

Quite the special game, I enjoyed playing it a lot, though the theme already appealed to me.

When I first got the "Bundle for Ukraine" I wasn't too sure what I was expecting to find on the list. But this game has been far from a disappointment, it brings a great platforming experience together with fast and simple combat. The graphics and artwork are amazing and I have yet to be truly disappointed. The enemy spawn rate is a bit crazy but I play all my games on Hard or higher so that would more than likely explain that. If anyone is looking for a fun platformer with great graphics and enjoyable combat then Sundered is easily at the top of my list, with or without the bundle.

leaving the current queer bundle aside, those super "bundle for *current political trend topic*" are always very worth their money.

and after like 3-4 days of the bundle start, many sites will tell you the best games in the bundles :-)

Pardon my language, but what the fuck is up with the enemy spawn rates in this game? It feels like a dozen enemies spawn per second in areas that I just fought my way through.

It's especially bad with those guys who can shoot lasers at me from across the map. I go to clear out a cluster of those, and just then like four or five more spawn on a platform I just dropped down from.

Am I doing something wrong, because all I can do when things get this crazy is run.

There are areas with "infinite hordes" (when you enter the area you get that text that comes into view with red border announcing infinite hordes). Basically you kill one and another pops up. They are meant to be challenging to get through, but usually have a perk you can unlock.

EDIT: I mention this because I literally stayed in an area for 30 minutes fighting my way through before I realized what was going on, and I was almost done with the game before I noticed the notification whenever I entered those areas -__-

Astounding game, with tight controls and a gorgeous art style/fluid hand-drawn animation. Compelling story and great Lovecraft-ian enemy designs. I am sad that I missed out on this masterpiece when it was first released, but better late than never.

Game of the bundle for sure.

After the first boss fight I was hooked. Terrific game. Beautiful art, especially in the later enemies.

This game clicked immediately because I had a very similar idea of a metroidvania where the character could embrace/resist caos (with pros and cons on each side)
I'm definitely going to give this one a try!

I played through the whole of Jotun and loved it, then came to this and had the same feeling. The art style is just sooo good and the combat is quite challenging as well. Really loved it.

Onto Spiritfarer next and then whatever else you release after!!!

I'm about halfway through and couldn't resist leaving some comment now cause this game is a freaking marvel.
When the game started I just sat and stared at Eshe standing there for a few minutes cause the art is so good that I thought it was a cutscene. The game controls like a dream, and it solidly filled the metroidvania shaped hole left after I'd finished Hollow Knight.
It turns out the true elder beings deserving of out worship were the animators all along.

Sidescrolling Metroidvania with some roguelite progression mechanics. The fluid animations and feeling of the combat is rather addicting, even if it isnt super deep. However, exploring, walljumping and navigating the levels to unlock new level areas while unlocking more skill boosts is just a darn addicting little gameplay loop that is hard to put down. Even if it doesnt quite reach the heights of the best in the Metroidvania genre, it just adds a fantastic art style and an intriguing background story with multiple endings on top of its 15 hour package, and you got a very, very enjoyable game. 4,5/5 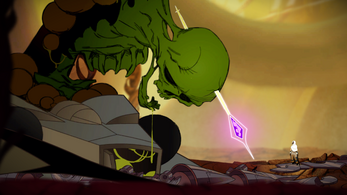 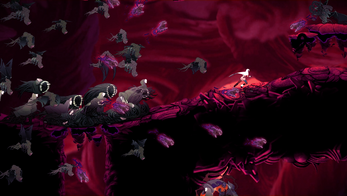 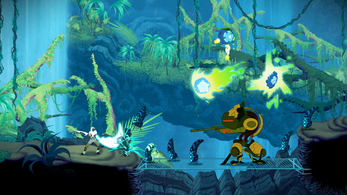 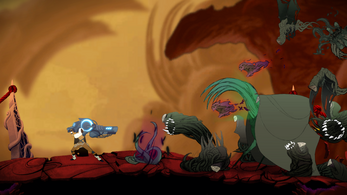 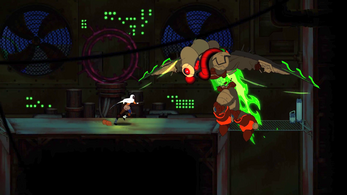 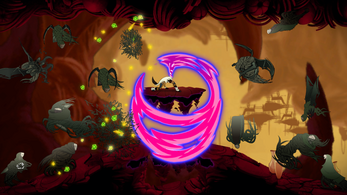 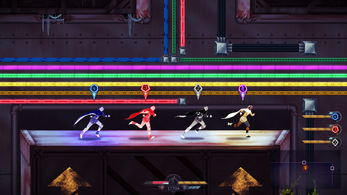 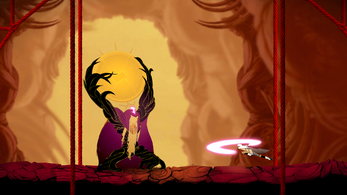 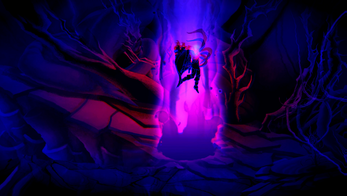 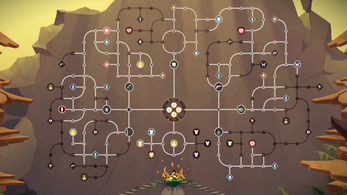