A downloadable game for Windows, macOS, and Linux

What will you leave behind?

Spiritfarer® is a cozy management game about dying. You play Stella, ferrymaster to the deceased, a Spiritfarer. Build a boat to explore the world, then befriend and care for spirits before finally releasing them into the afterlife. Farm, mine, fish, harvest, cook, and craft your way across mystical seas. Join the adventure as Daffodil the cat, in two-player cooperative play. Spend relaxing quality time with your spirit passengers, create lasting memories, and, ultimately, learn how to say goodbye to your cherished friends. What will you leave behind?

In order to download this game you must purchase it at or above the minimum price of $29.99 USD. You will get access to the following files:

Played the Netflix version. The "free" price tag is tempting, but it's nothing like playing the original versions. The art fidelity and stuff is unmatched. All-in-all, 10/10 game.

I had this game on my switch and I love it so much. its really cute but sad. I love the art style and the plot. I'm currently replaying its and now I don't even need a gym bc every time I cry I do 1 pushup. thank you for making such an amazing game!!!!!!<3

Played this game with my partner on Xbox, absolutely adore it. Currently replaying it for a second time straight after we finished it! Because we love it so much, we want to complete everything!

There is so much I adore about this game. The depth of its characters, how their personality comes across in their animation, the beauty of the sceneries and how the story is about care and empathy. It's so much more than I expected it to be.
If I ever have to make an argument for games being an art form, I would bring this game up as an example. <3

Hi Spiritfarer Team! I was just wondering: what is the best way to buy this game? Best way in terms of supporting you, I mean. I prefer not to use Steam, whenever possible. Awesome tech, great for online gaming, love Valve for that, etc. :-) But is it better to go through itch, GOG, somewhere else? I'd love to get this game and just wanted to know your thoughts on this. Thanks for your time!

You answered me on Discord, thanks again! Just bought the game here on itch. :-)

From what they told me on Discord- and I have also heard this from other devs- itch allows creators to keep a higher percentage of the total revenue. Also, they have Creator Day sales where devs get 100% of the profit! It's a great time to grab something off your itch wishlist.

It's a complex issue, and each dev will have their own priorities, so it's great to take the time to ask the devs you care to support.

In our case, Itch and Humble are probably the stores the most aligned with our company values, but at the end of the day, we believe each player should decide what's best for them, because it's your hard-earned money. In practice, the crushing majority of PC gamers still buy on Steam when they have a choice. So while some other stores are more generous with royalties, devs rarely see a huge impact on their bottom line because relatively few people buy on Itch vs. Steam.

Meanwhile, it is true that Itch allows devs to decide how much of the royalties on each sale go to Itch. In our case, we believe in Itch's mission, so we set it so that they keep the same percentage of royalties as Steam does.

Have a great day!

This is my favourite game of 2020 - works better than therapy too!

It made my heart happy, the characters have so much personality and there is so much more to the story than you first realise.

So far I've played it for about 40 hours and I've completed the main story but there's still lots of side quests to do - it's so worth the money. Not only for the sheer amount of hours it gives you but also for the artwork, the music, the story and the feelings it gives you.

Great work everyone who was involved with it! ☺️

So it sucks, because you can't play it?

I still want to make a game like this ... based on the story

Really impressive visuals, I can't speak for the game ( bit broke ) but the trailer alone made me feel while I was watching it -- pretty solid accomplishment just right there, game must be great :D

Does the purchase include a steam key?

Care to explain the "dead is better than disabled" storyline beat? If you've never met or spoken to someone with a degenerative disease, you should absolutely avoid trying to write their stories.

I agree, this was a really jarring moment that took me out of the story. As a disabled gamer, that was a disappointing choice.

Can you elaborate more?

I'm going to have to reiterate this one. I've just been messing around with the demo, and have been intrigued by what I've seen so far, but, uh, leaving this particular question untouched when you're very clearly active in these comments is not a good look, and will definitely influence whether or not I spend money on this game.

Not that it excuses my anger, but to the people who have also seen this in the game, the creator HAS apologized and stated they will work on rewriting this scene. The article is here: https://sirusgaming.com/2020/09/04/spiritfarer-developer-apology-controversy/

The Sirius Gaming article could've been handled better, but I'm glad the developer acknowledged the problem.

I'm actually really impressed with the way it's being handled on twitter. They've acknowledged it and are looking into updating that dialogue.

Spiritfarer has so many lovely little touches (such as being able to hug your friends and cat) it's an utter delight!

Wish I could try it out before I buy it to make sure I like it first. Why can't we get a playable demo?

There's a demo on steam

(i didnt get this from here but i still wanted to leave feedback lol) i have to say this game is amazing at making you care about the characters. so far i've only cleared gwen's "route" or whatever, and GOD i actually broke down in tears, plus a lot of small things like some characters talking about who they left behind got me tearing up. that shit hurted...

im not the biggest fan of the gameplay loop, as after a while it devolves into making like 4 dishes and passing time til you reach your destination. though its surprisingly engaging for the genre and i always felt like there was something to do at least

i was super excited for this game from the first time i saw it, when that 'coming later today' message popped up in the nindies presentation i FREAKED. my excitement was 100% deserved if the rest of the game is this good!!

Thanks for the feedback

i think it is worth it, i just watched the video it looks like a game and a cartoon together. and just look at that art...

i hope they sale  a lot of copies

It's relative, of course, but given the investment from the team over three years, and the fact that it's a 30+ hour game, we consider it a fair price.

Is the OST & Artbook available here on itch.io too?  Would prefer to buy here.

No plans to bring the OST & Artbook to other stores just now - we're 100% focused on stabilizing the main game on all systems for the next bit. Thanks for your patience!

Interesting work, I'm considering donating to you work, what plans have you for furthering this game or any new projects in mind?

This game is beautiful to look at

Are there plans on bringing mac/linux support here to itch like there is on steam? I'm still divided on what system to get this game on.

I was wondering the same thing.  Right now I know what platform I want it for, and I want to give it a try.  So over to GOG I go (because steam and epic have Windows and Mac it looks like, and GOG has all three).

I'd much rather get it on itch, as it's the place I most want to get my games from.  But it seems for some reason, bigger games just don't end up showing up on all platforms here.  Even when they are available for all platforms.

Mac has just been uploaded. Linux build will follow this week. Thanks for your patience!

Generally, from the devs perspective, it's the support of all builds across all systems that causes the delays here. Every build on every store needs to be adequately tested, one at a time, before we publish it; and we'll understandably prioritize the builds/stores that get the most users.

Meanwhile, since the GOG linux build is currently being patched, we're waiting 'til that's stable before adding it here.

Thank you for the update!

Amazing to know this, thanks for the continued Linux support. 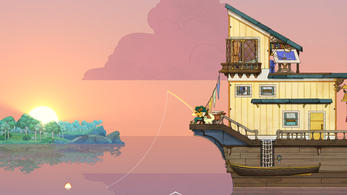 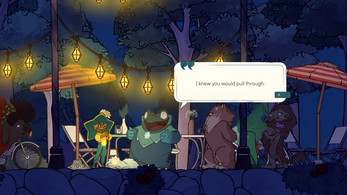 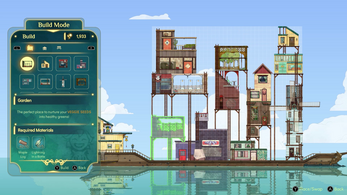 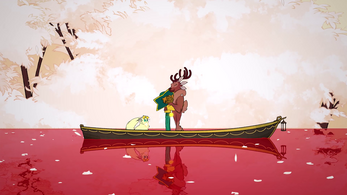 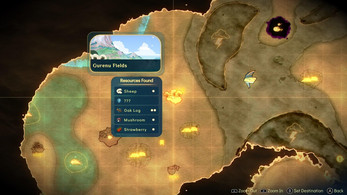 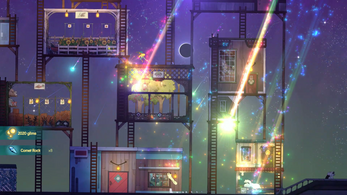